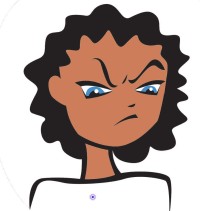 She always screamed at him.

“Honey…” Karl began, but she cut him off. She always cut him off mid-sentence.

A blood vessel along her left temple pumped furiosly. After 3 years together, Karl was used to Lola’s screaming and berating, but never in a place as public as this. It was her office building and just about everyone here was familiar with the two of them.

By now the entire lobby of the Mutual Life Insurance Company was filled with curious onlookers. Clients were here to open accounts, pay their bills, or perform some other transaction. Her co-workers were here as well. Some were conducting business, going to lunch, or returning from lunch. It was the busiest time of day and Karl and Lola were in full view of 3 floors of spectators.

Karl could feel prickly heat making its way up his back. He scratched the back of his head, shifted uncomfortably from one foot to the other, and attempted to loosen his tie. 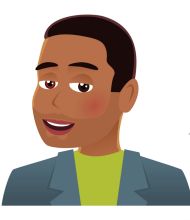 Karl was a very private type of person. His life, his career, and his personality demanded secrecy and quiet. He disliked publicity and certainly did not appreciate unwanted stares and glares from strangers.

Lola, was his complete opposite. She demanded attention. She craved publicity. She was the top insurance sales manager for 5 years running and she never missed an opportunity to remind him. Friends often wondered how they got together in the first place and would playfully take bets as to when they would part company.

“You’re making a scene, Lola,” he hissed between gritted teeth. “Can’t we go to your office and speak there? I know you’ll understand why I was late.”

But she wasn’t letting him off that easily. She liked being the focus of attention. It filled her with a sense of power. She stepped towards him and looked him squarely in the face. She poked him repeatedly in the shoulder, as was her custom. Karl hated that.

“Don’t tell me what I’ll understand!” she snapped. Her voice amplified, as if she were addressing a room full of her sales team. “You’re always late! I don’t wish to hear your stupid drivel! I don’t know why I ever put up with you! Goodbye! You can call me later to give me your pathetic excuse!”

With that, she spun on her heel and strode away from him while waving him off. She made sure she had everyone’s attention as she announced to the entire lobby: “My time is very valuable and right now you are a liability!” She disappeared around a corner, leaving him to face the silent stares of all who were in earshot.

It was at that precise moment that he decided to return the surprise 18-carat diamond engagement ring in his pocket. 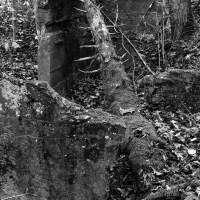 © Short, But Not Always So Sweet, 2014-2015. Unauthorized use and/or duplication of this material without express and written permission from this blog’s author and/or owner is strictly prohibited. Excerpts and links may be used, provided that full and clear credit is given to the author with appropriate and specific direction to the original content.
Loading Comments...
%d bloggers like this: